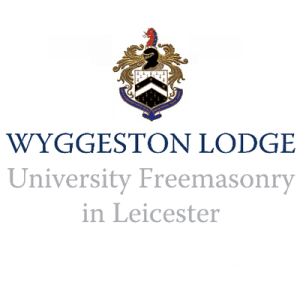 An Emergency Meeting of the Wyggeston Lodge No.3448 was held on Tuesday 26th November 2013 to Pass, to the Second Degree, three University of Leicester student members. This Ceremony was due to take place at our Regular Meeting in October but due to a power cut at Freemasons’ Hall, Leicester, we were unable to conduct it (see story here).

Bros Yusif Nelson, Valentin Tartacuta and Peter Clarke, who all joined the Lodge in February 2013, were Passed to the Degree of a Fellowcraft by the Immediate Past Master, WBro Tom Bodycot, by the kind invitation of the newly Installed Master, WBro Dipak Chauhan.

Repost from @dr_andy_green
On behalf of all the Brethren of the Wyggeston Lodge, we offer condolences to Her Majesty the Queen on the passing of HRH Prince Philip the Duke of Edinburgh.
A very Happy Easter to you all from the brethren of the Wyggeston Lodge!
Repost from @unitedgrandlodgeofengland
Today marks the first day of lockdown coming to an end. Let’s hope the good news continue and soon we’ll be walking through these doors very soon!
Repost from @unitedgrandlodgeofengland